Juneteenth is the oldest nationally celebrated commemoration of the ending of slavery in the United States. It was on June 19th, 1865 that the Union soldiers, led by Major General Gordon Granger, landed at Galveston, Texas with news that the war had ended and that slavery was a wrap. BUT, this was two and a half years after President Lincoln’s Emancipation Proclamation – which became official on January 1, 1863; so clearly, slavery did folks super dirty right up til the very end! That date has been an unofficial African-American holiday ever since, and resonates even louder today with the vociferous demands for equal justice and ending of systemic racism.

The reality of Juneteenth, 2020 is that it will happen in the midst of a global pandemic and hence the customary cookout at Uncle Stevie’s will have to skip a year; yet Henny thing can still happen this Friday. Grab a nice bottle, kick your neighbors off your WiFi and tune into these online celebrations that will deliver DJs, live music, poetry, dance, panel discussions and the celebration energy needed to walk into the summer season with a proud heart and eyes on a disrupted status quo! We still can’t do nothing about your hair though, but luckily phase 2 of the reopening starts next week! 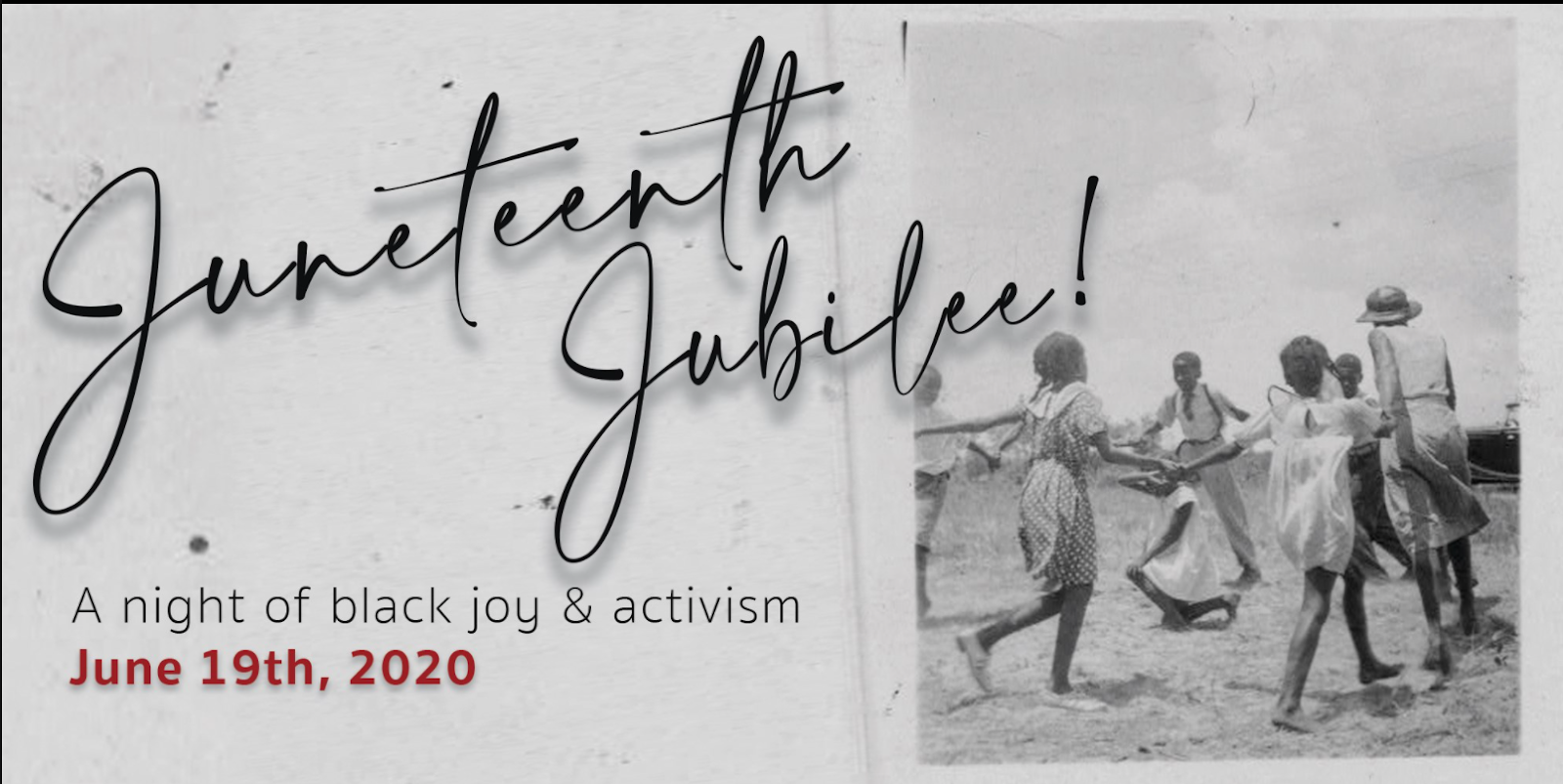 This is a night of Black joy and activism put together by Chinisha Scott, who is also running for Delegate in the 8th Congressional District (Brooklyn…June 23rd is Primary Day). It sounds like a dynamic night, hosted by Caveat Live Stream, that will bring a slate of comedians, DJs, and organizers on the front-lines, right into your homes. You should click this link to get more information and detailed instructions on how to log on and join in. DJ Monday Blue holds it down at the event and It’s also a dope afterparty featuring DJ Spinna on Twitch.

JUNETEENTH: THEN AND NOW, 7PM-8 PM

You can take the people out of BRIC, but you can’t take BRIC out of the people…or something like that. Tune into their Town Hall on Juneteenth for their virtual #BHeard Town Hall, which will look at the state of freedom in Black communities as they grapple with COVID-19, benign neglect, and state-sanctioned violence. It will feature a panel that includes Laurie Cumbo, Majority Leader for the New York City Council, and be hosted by BRIC’s Brian Vine, who would put the afro back in Afro American if Black people still said Afro American. He’s witty and smart and will ask all the right questions.

JUNETEENTH A WEEKEND OF COMMEMORATION AND CELEBRATION

Like the true cultural OG that it is, Weeksville Heritage center upgrades Juneteenth from a day to a weekend, with an array of family first fun, fist in the air films, and a foray into fixin’ food; which is a Juneteenth tradition. Weeksville Heritage Center is a multidisciplinary museum dedicated to preserving the history of the 19th century African American community of Weeksville, Brooklyn – one of America’s many free, black communities. Standing tall in Crown Heights since 1970, Weeksville has insisted that the world at large see the importance of African American culture.

You can do all of the cool cultural things in the daytime and then get your boogie and bourbon on at night with one of your favorite DJs, in their virtual parties. It’s all about balance good people, it’s all about balance. Grab tickets and more information by clicking here. 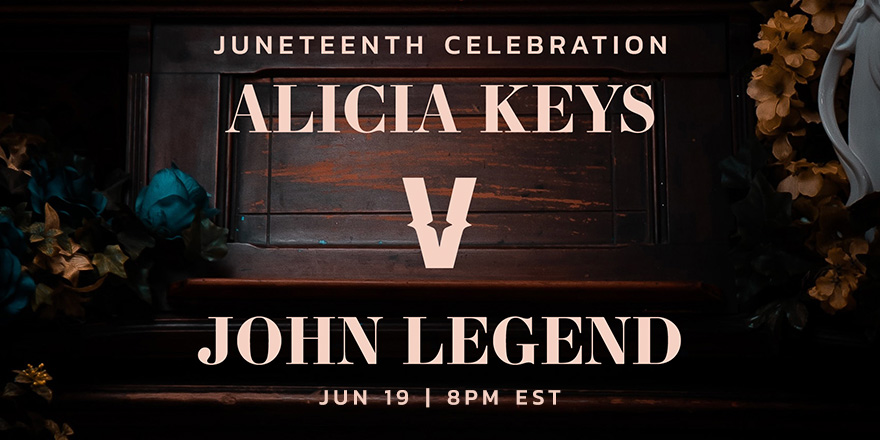 When the world went on lockdown, super producers Timbaland and Swizz Beat, aka Timbo and Swizzy, cooked up the Instagram Live battle series called Verzuz, to entertain the quarantined masses. Launched at the end of March 2020, Verzuz is a congenial contest between producers, singers or rappers, in a battle of songs and tracks to see who has the superior catalog. It put the Spring on smash and has produced a string of instant, “cultural” classics such as RZA VS DJ Premier, Teddy Riley VS Babyface, and Eryka Badu VS Jill Scott.

For Juneteenth, the webcast made the only match that makes sense, pitting Alicia Keys VS John Legend in a battle of piano playing, Grammy Award-winning artists. They’re both shiny examples of Black excellence in entertainment, and likely the only Verzuz you can invite your Nana to watch. Even if she thinks Instagram is a brand of animal crackers, bring this Verzuz up on your computer, and she will be transported straight to Sunday service. Drop a collection plate, and she might slide in some beer money for later. Click here for more info, or go on Instagram and follow the breadcrumbs (hashtags) 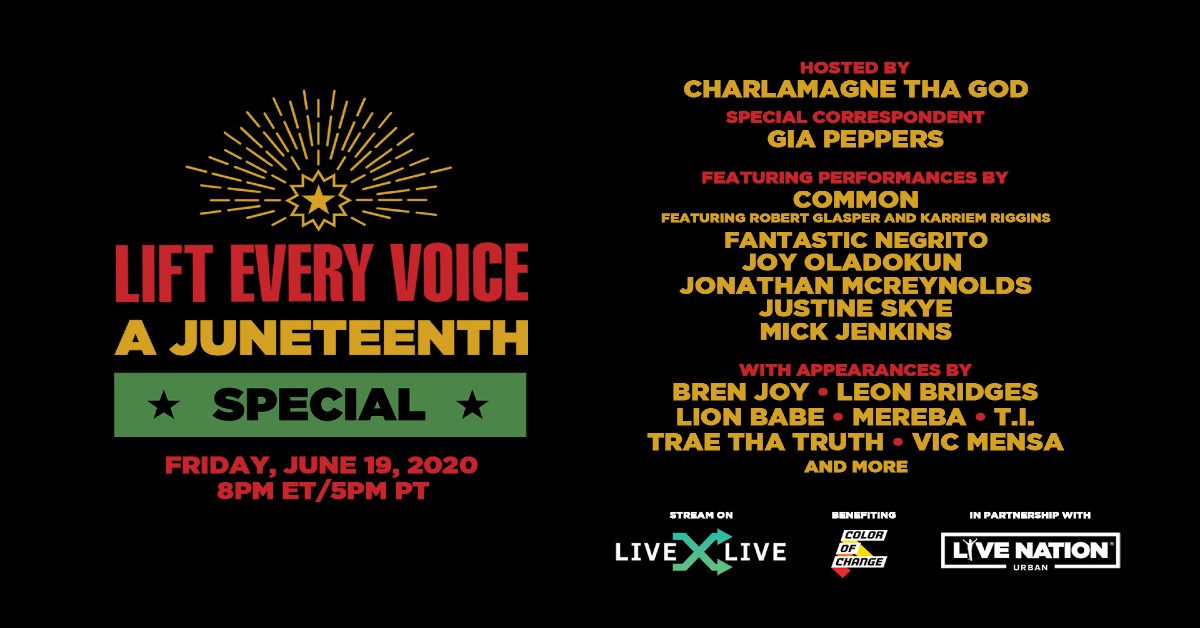 If you don’t mind more of a corporate footprint to your Juneteenth celebration and want a deep lineup of talent, then you should check this out. Live Nation is doing it in partnership with Color Of Change, which is a legit force in the fight for equal justice and the end to systemic racism. It’s a full day of programming with a little something for everybody.

So go forth and Juneteenth, knowing that you’re celebrating the salt of the earth that built America, and standing with the descendants as they demand equal justice and an end of systemic racism.

Remember you can follow us on Twitter for quick clips of what’s going on in our world at @trulybklyn.

Check out awesome picks of all things Brooklyn, and you might even find a party invite or two, on our Instagram: @trulybklyn.

Friend us on Facebook and be a part of the community at: @trulybklyn.

Intimate videos with Brooklynites everywhere can be found on our Youtube: TrulyBrooklyn channel.

And you can always sign up for our uniquely curated itineraries here at TrulyBrooklyn and #dobrooklyn like we do!! This article was Brought to you in part by:

Get 25% OFF 2 bottles of our Le KOOL Grand Crú Champagne. While Promotion lasts. Use it to enjoy FREE Shipping! (21 yrs+)